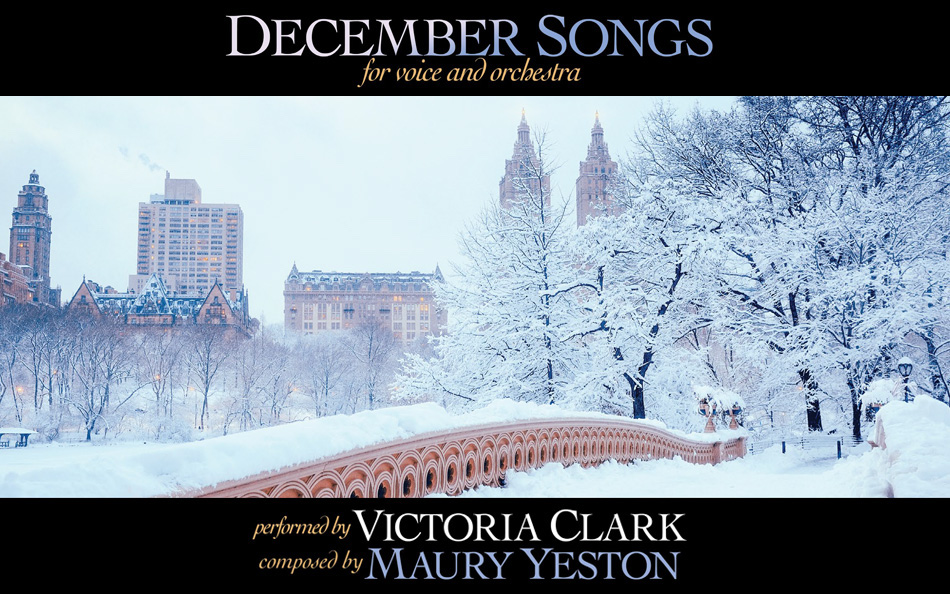 Vicki Clark’s prodigious performance of the December Songs, accompanied by a 37 piece orchestra conducted by Ted Sperling and orchestrated by Larry Hochman, is now released on the PS Classics Label. In his liner notes Matthew Gurewitsch writes “In a new musical introduction, expanded to eleven bars, we plunge into a maelstrom that is noir yet Technicolor, music fit for Alfred Hitchcock, or Das Lied von der Erde. Get set to jump to your feet, cheering!”

For its Centennial Year celebration, Carnegie Hall commissioned Yeston to compose this series of new songs for the noted cabaret artist Andrea Marcovicci, to be premiered on their Weill Hall stage. Having taught the great Schubert lieder for many years as a Yale professor he had been inspired by Schubert’s great masterpiece song cycle - Die Winterreise (A Winter’s Journey).

That sequence of twenty songs tells the story of a young jilted man of the 19th century wandering the snows of the Vienna woods and descending into madness. Inspired by the Schubert tale and in keeping with the history of the numerous styles of music that had graced the Carnegie Hall stage for 100 years (classical, jazz, cabaret, folk, rock, musical theater etc.), this new Yeston song cycle portrays instead a brokenhearted young woman of the modern age wandering the snowy paths of Central Park. In this contemporary musical portrayal of her journey, she finds the strength to recover and begin her life anew. First recorded by Marcovicci accompanied by piano, December Songs has been additionally recorded, accompanied by numerous different chamber ensembles, six times in English, as well as in French, German, and Polish. (Click on the PRODUCTS link above to find many of these recordings, or see below on this page.) 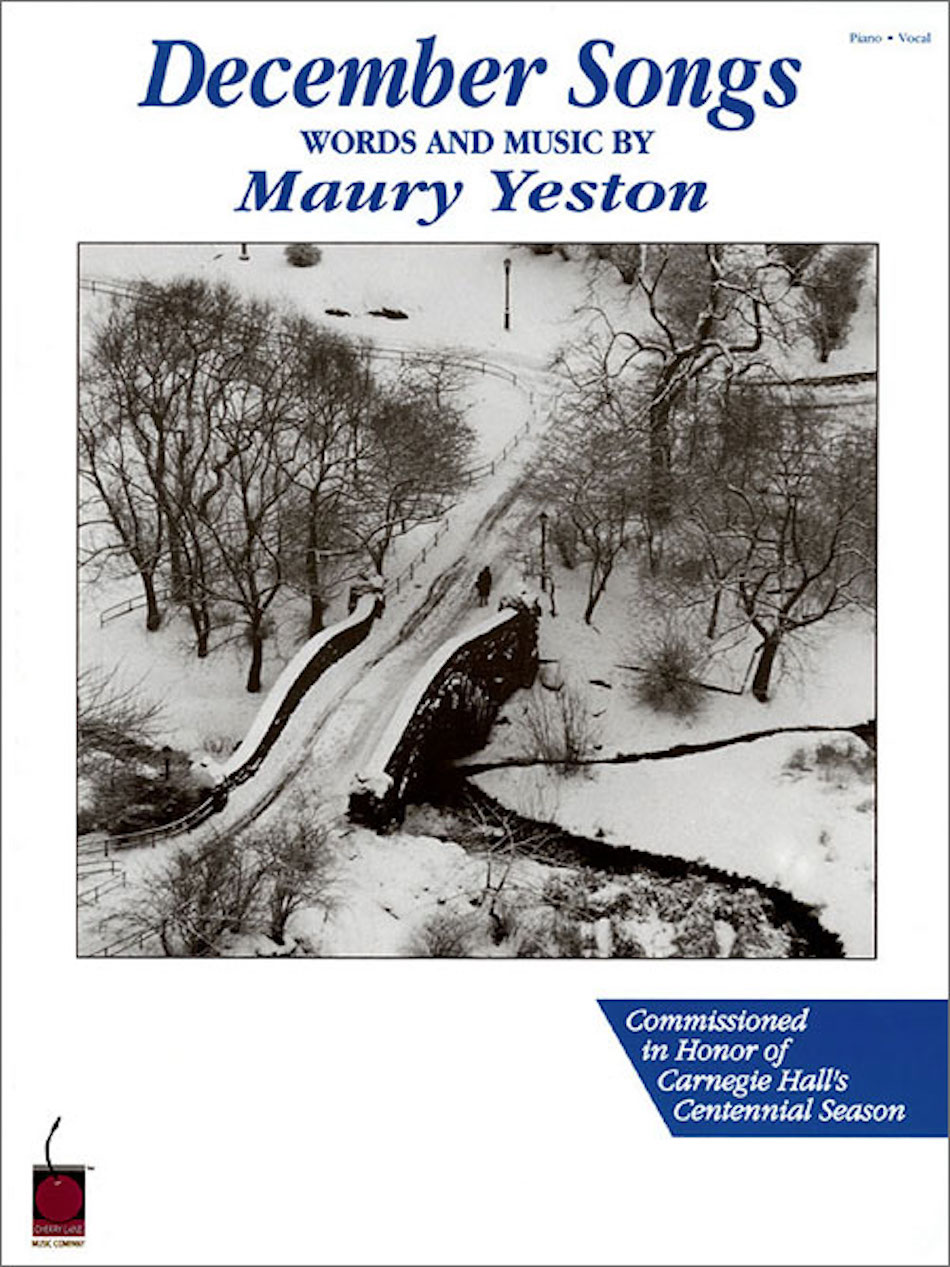 By the River with Victoria Clark

Ymusic · By The River 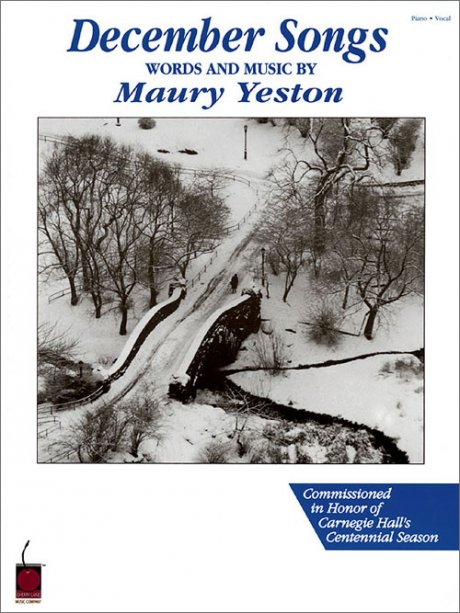 Laura Osnes: If I Tell You, Songs of Maury Yeston 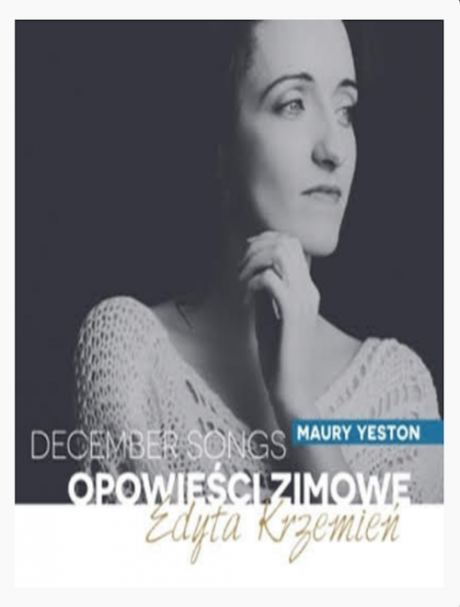 Written for and Sung by Andrea Marcovicci (Audio CD ) 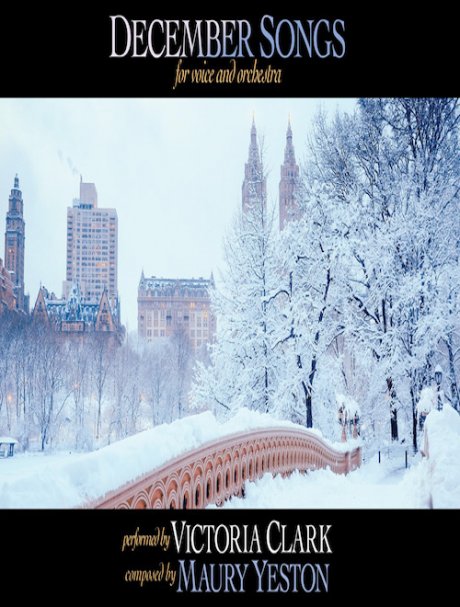 For Voice and Orchestra

Vicki Clark and a 37 Piece Orchestra, conducted by Ted Sperling