This symphonic work, composed and entirely orchestrated by Yeston is a Choral Symphony for 2,000 voices and orchestra, commissioned in 1999 by the Kennedy Center for Leonard Slatkin and the National Symphony Orchestra, to be performed on the steps of the Lincoln Memorial as part of the millennium celebration in July of 2000. Yeston realized the piece had to be deeply American and patriotic, had to make reference to the extraordinary import of the performance site—to the struggle for civil rights, had to commemorate the passing of the old and the advent of the new millennium, and had to extend its vision internationally if it was to be a truly universal work (NY Times Article).

(Scroll down for fuller description and to hear music.) 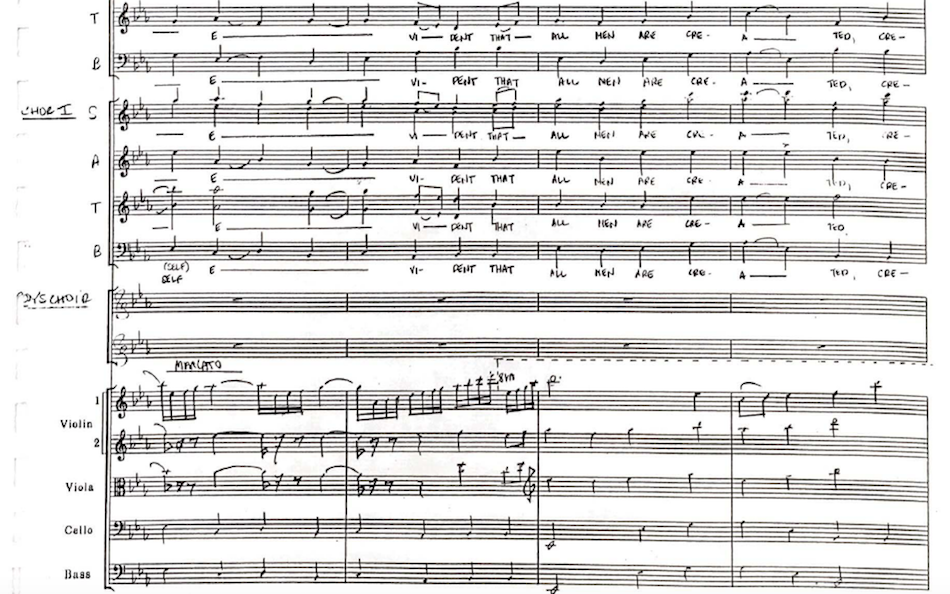 The piece became, after a year of creating it, An American Cantata. After concluding that the achievement of the idea of individual liberty and equality, along with our inherent and universal entitlement to it, and the sanctity of each human life, had to have been our civilization’s single greatest intellectual accomplishment of the past thousand years, Yeston proceeded to compose it in three Movements. The First Movement is devoted to Freedom Past, with references to and quotations from great historical documents and events (Magna Carta, Declaration of Independence, American and French Revolutions).

The Second to Freedom Present, where our incomplete struggle still needs to be resolved. For this Movement, Coretta Scott King graciously gave Mr. Yeston permission to set to music Dr. King’s final speech (I have been to the Mountaintop).

And the Third Movement is a prayer for a future accomplishment of our universal rights and freedoms, with lyrics by Yeston. Written for two antiphonal SATB choirs (800 in each) in the tradition of Gabrielli’s Venetian example at St. Marco in Venice, a Childrens’ Choir of 200 and a Gospel Choir of 200, with Norm Lewis as soloist, the piece premiered at the Lincoln Memorial on July 1st 2000 before an audience of 20,000.
Click The Maury Yeston Collection for rental of Scores and Parts 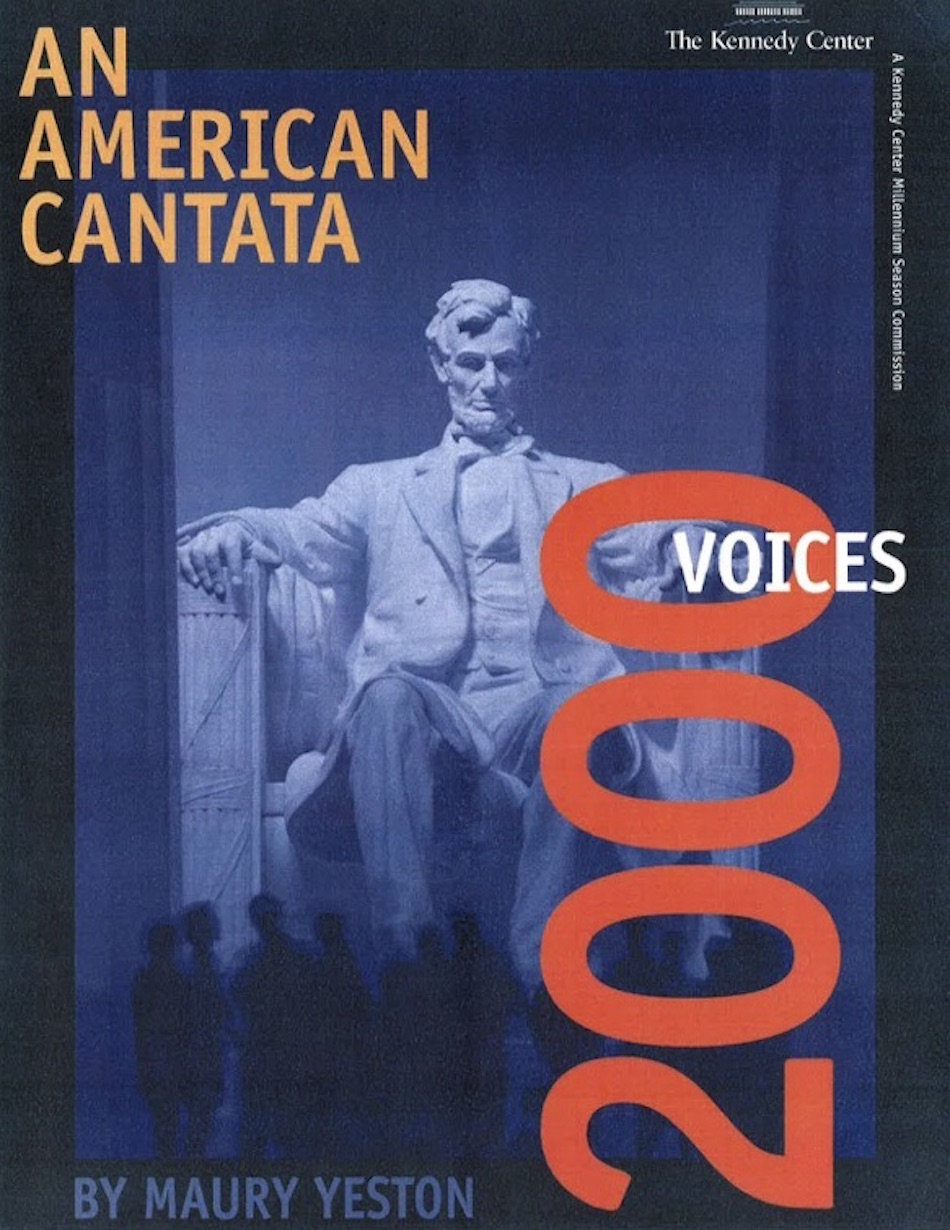